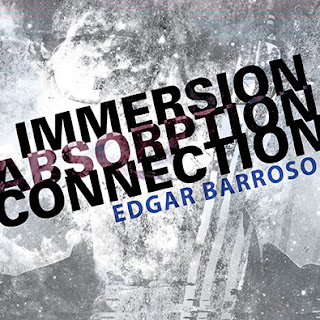 Just how does one evaluate contemporary modern classical music? When I was young and first got exposed to new music, I had one simple criterion. Was it "weird"? That quickly was set aside when I realized that "weird" to me was changing. Once the "Rite of Spring" became familiar, it lost its weirdness and somebody like Roy Harris was not in the least weird, yet of course he was important. So eventually I gathered a bundle of factors to consider when exposed to a work of new music previously unheard. Is there innovative and effective use of sound color? A kind of structural cohesiveness? Is it harmonically interesting (not always applicable)? Melodically memorable (not always necessary)? Is there a flow to this music? A narrative in its musical syntax? Or is it purposefully disjointed? Those are only a few things I now consider, and the times change so that there are different sounds and forms coming into play today. But all-in-all I still tend to listen with some basic set of factors such as this in mind.

And so my exposure to the considerable amount of music on the 3-CD retrospective of the music of Edgar Barroso, Immersion Absorption Connection (Ravello 7917), has been a time when an evaluation necessarily came to bear. Some 19 works are presented on the disk set, mostly chamber ensemble music. Barroso was a Harvard new music product and was the Director of the Harvard Group for New Music from 2010-2012. In 2015 he became a member of Mexico's National System of Art Creators. The liners describe his compositional ways as centered around "transdisciplinary collaboration, allusive sound streams, technology, energy conflict and the embodiment of sound through objects and gestures." Now that is a bit of a mouthful but it does identify Barroso as a high modernist in his use of descriptive terminology that has a quasi-scientific cast to it. The liners go on to describe the corpus of work presented on this set as "exploring his interest in contemporary science and technologies, social customs, spirituality and more."

Of course such compressed language leaves one with a somewhat open-ended set of possibilities as to what one might hear. It is in the listening that we get a practical sense as to what the music does with those ideas. It is high modernist, post-serialist, advanced sound colored, harmonically expanded music. It is perhaps no accident that he worked with Ferneyhough at Harvard, for Barroso's music has that uncompromisingly advanced quality that someone like Ferneyhough has consistently espoused.

Beyond that there is too much music to easily summarize it all, save that it takes concentrated listening over a period of time to grow into it. Once that is done you begin to see the rigor and vision that combine in his music. This is no light fare. It is a most ambitious, serious sort of form-achieving modernism in the grand tradition. It is very worthwhile to hear.

For all that it gives you an excellent, wide-ranging introduction to his music, played with exacting care and filled with an embarrassment if musical riches. I am glad to have the set and find it a rather essential addition to my library section devoted to the new generation of modernists. More than that will require your ears and attention. Very recommended for those who appreciate advanced abstractions.