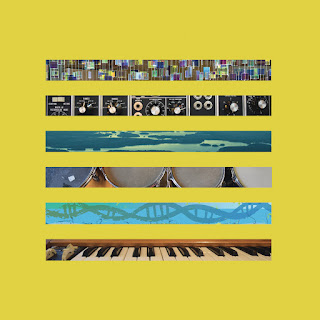 Mike Olson has gone full circle from intuitive to formalist and back to intuitive again. The latter approach holds sway in a collection of Six Projects (Innova 917), the latest offering from the Minneapolis-based composer. A creator in the new music realm since the mid-'70s, his music gains new life through a compositional method he calls fragment-based. What that means is that each project begins with several to many thousands of inter-related recorded fragments and a conceptual idea of what he wants to fashion from them. He then gathers the fragments together in creatively specific ways to sequence each project and make of them an evocative, coherent whole.

The results are six soundscapes that have an other-worldly quality at times, rooted in influences as diverse as Zappa, early Kraftwerk, Ligeti and Eno. That makes perfect sense to me after hearing this volume a good number of times. The end result is Mike Olson and nobody else, but the terrain will seem like home for anyone who follows such things, that is to say the avant-classic fringes of rock and atmospheric high modernism.

And of course what matters in the end is not his working procedures of structuring fragments into an appealing and logically sequenced whole, but the sort of seaworthy quality of the crafts he has built out of it all, so to speak. The music sails along in each case without effort, though of course much has gone into its construction.

Every project has a kind of aura of its own, from the aetherial sustained choral heaven of "Noopiming" to the virtual sound color and rhythmic vitality of "Implied Movement."

This is electronic, electroacoustic profundity that wears extremely well and has abundant musical substance. It puts the listener in zone after zone with a flourish. It makes for an excellent listen.

Mike Olson has arrived. If it is full-circle, it is nonetheless coming to a place that has spiraled upwards with musical structures that are as livable as they are beautiful.

Kudos to Mike Olson for this!